Homeowners Adam and Beth, along with their two elementary-school-age sons, were recent transplants from the Bay Area when they bought this 1906-built Craftsman in Minneapolis. It checked all the boxes: historic and charming, yet updated. “We’re not the DIY type who can take on bringing a 100-year-old house up to modern expectations,” says Adam.

While there was no need to renovate, Adam and Beth wanted assistance designing thoughtful, functional common rooms that everyone in the family could enjoy. They also needed to fill out their furnishings, which now felt sparse compared to when they lived in an economic California space. “Our home is a blend of 1906 Craftsman architecture and a modern extension. We wanted to integrate the two styles into a cohesive balance,” says Adam. “Yet we didn’t want to get trapped with a period look, either stuck in the past or too much of today’s fashion.”

Enter Victoria Sass, principal and design director of Prospect Refuge Studios. She first bonded with Adam and Beth over a stack of Japanese design books, and immediately drew a connection between their Craftsman-style home and peaceful Japanese style. “Craftsman and Japanese design aesthetics both have a deep appreciation for craft as art, honesty, and simplicity of material,” says Victoria.

Adam and Beth had already coined their small, quiet sitting area the Winter Room, a space where they practice cello and enjoy an afternoon tea and which, at the time of their first meeting with Victoria, looked out onto a row of gingerbread-like snow-capped houses. “That was when we decided each room should have a season,” Victoria says. “So these ideas cross-pollinated: Japanese design, Craftsman ethos, and honoring the spirit of the seasons as a progression through the home.”

Upon entering the home, you’re greeted by the autumn-evoking living room. The fireplace, which had been painted over many times, was painted Aganthus Green by Benjamin Moore, a minty green that highlights the carved elements, then topped with a slim walnut mantel. The linchpin of the room’s autumnal spirit, though, is the sofa, an ’80s modular that Victoria reupholstered in a playful print, which they jokingly referred to as “Taco Bell–style” upholstery. 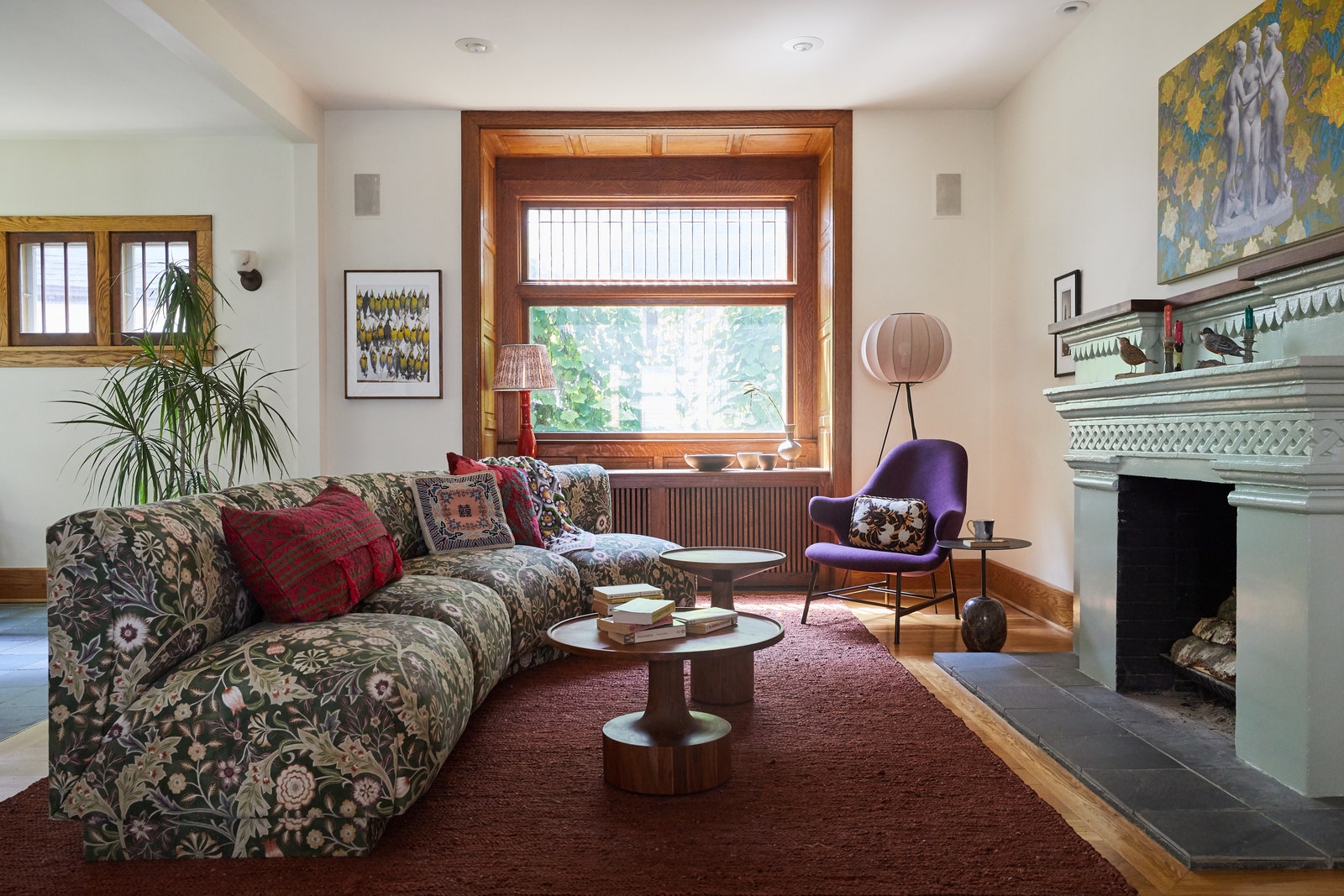