The Legendary Witch my drama activity 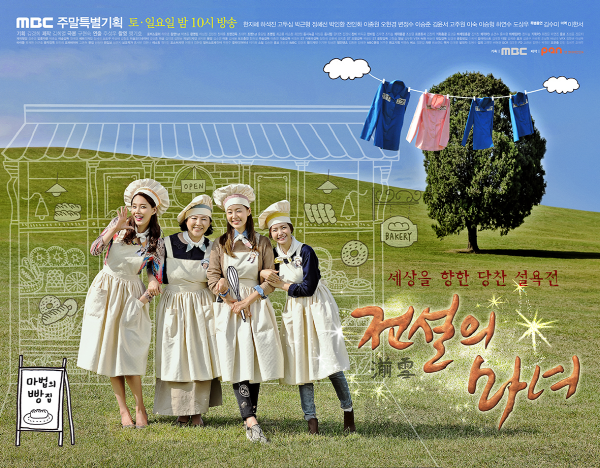 If you followed my drama activity for quite some time, you would know that I am almost always in quest of new dramas to watch (these last few months being an exception over the 5-6 yrs I have been into Kdramas). I was lurking on Viki, when I saw a drama about 4 women, prison and bakery. So, of course I was intrigued. I decided to give it a try, at the time when that drama started and wasn’t popular at all (there were some heavy titles airing at the time, and the subbing team had a hard time subbing everything at the same pace).

I enjoyed this drama, and so I really wanted to post a review on it, even if it would be weeks later. The story manages to blend non-traditional elements like jail, with the very common drama elements like crazy in-laws, romantic comedy, revenge and more hidden truths. The Main Girl, Moon Soo In, is seen arriving at the Women Jail in the first episode, after having been sentenced 2 yrs for embezzlement. There, she meets her jailmates, Shim Bok Nyeo, Son Pong Geum and Seo Mi Oh. The four women will soon become like family to one another, and face life events together.